Carolyn's Homestyle Kitchen - Back in Business 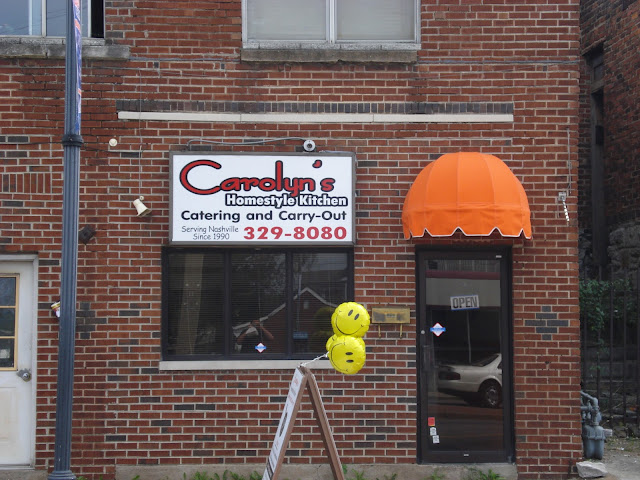 For a while now, I have been wondering what happened to one of my favorite local meat-and-threes* - Carolyn's Homestyle Kitchen. It used to be downtown in the Baptist Sunday School Board building on Charlotte Avenue, but a few months ago I went in and Carolyn's was gone. Lately, restaurant closings have become a regular occurance here in Nashville, so I assumed that another one had bitten the dust.
But I was pleasantly surprised to learn recently that Carolyn's has reopened in a new location. They are now on Jefferson Street near Fisk University. 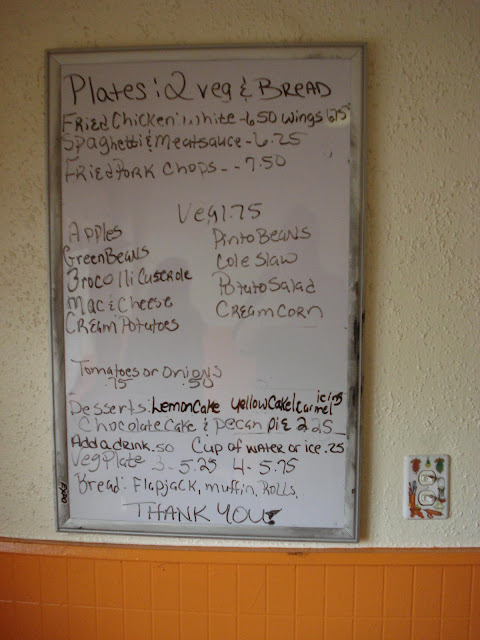 I'm happy to report that the food seems to be as good as ever. As with most meat-and-threes, the menu changes daily. In this case, it's written on a dry erase board. 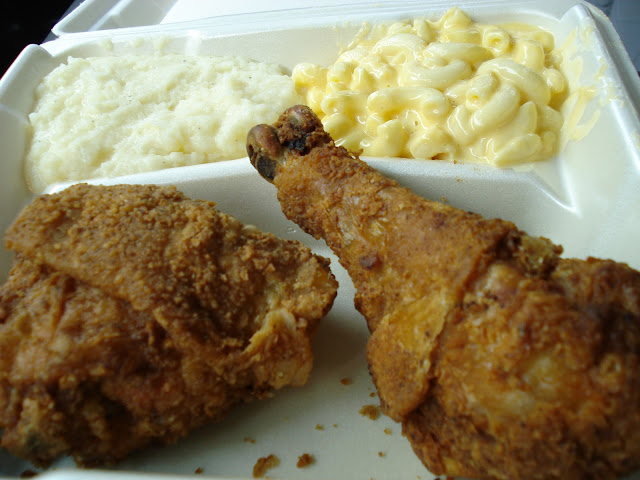 I got fried chicken, with mashed potatoes and macaroni-and-cheese (two starches - yep, that's how I roll) and a cornbread "flapjack" (not pictured). The fried chicken was crispity crunchity and perfectly seasoned. This is among the best fried chicken you will find in Nashville - so good. The potatoes were obviously made from scratch, with chunks of soft potato mixed in amongst the creamy puree. And the mac-and-cheese was spot on.
All in all, it was just as good as I remembered it. I can't wait to get back and try some of my other favorites, including the fried pork chops, which looked delicious. In a city that seems to have a meat-and-three on almost every corner, Carolyn's is one that you don't often hear about - it flies under the radar. But as far as I'm concerned, it's right up there with the best.
*meat-and-three = a "meat" (i.e., an entree) and "three" vegetables (i.e., side items). I sometimes take for granted that people know what this term means. Curiously, on the Carolyn's website, they refer to themselves as a "meat-and-two".
Posted by BP at 10:55 AM

I recently read about this resturant in the Davidson AM. I stop by the fried chicken was excellent, sweet potatoes was seasoned very well and the turnip greens was um um good, I had 2 little round pieces of bread I think they called it hotwater not sure why but it was crispy on the outside and moist on the inside really good,this will be my place for lunch.