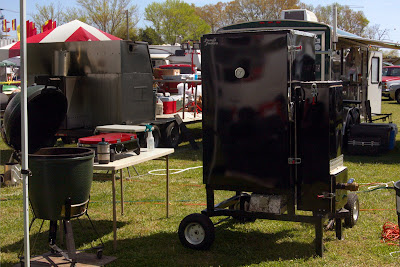 On Thursday (April 16th), we packed up and headed to our favorite contest, Winchester's High on the Hog. It was a clear, cool night and the forecast called for sunny skies all weekend. This is only worth mentioning because it was the first time in the contest's 22 year history that the weatherman called for a rain-free weekend.

There are a few things that make this contest special to us. This was the very first contest for the Ulika BBQ team back in 2006. Also, I was born in Winchester and my grandmother lives about .25 miles from the park. Then there is BP's lake house that makes the trip all that much better. This weekend, we also had some friends from Atlanta visiting with us. All these factors on top of a top notch group of contest organizers and reps made for a great weekend. If you ever have the chance to cook in this event, take it!

We arrived around 9:00pm on Thursday night and parked in a new spot which was right next to the turn in area and a stones throw from the stage. One of the nice aspects of the Winchester contest is the 30 x 30 cook site and the large open area in front of our cook site. Once the trailer was setup, I worked on trimming the chicken while Peter and Natalina went fishing across the park in Tims Ford lake. BP soon arrived with the couch and we headed over to his lake house to get some sleep. 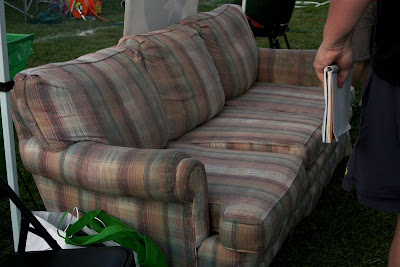 Friday morning, I headed back over to the park and got my meat inspected and began to prep everything. The park quickly began to fill up as the morning wore on, and we were glad to be setup next to our friends from Smoke Me Tender and new friend, Pete Moon of Bean Bandits. Saturday, we enjoyed the beautiful day as we hung out with our bbq friends. 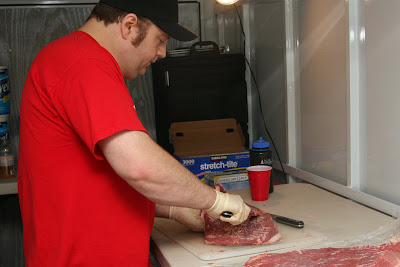 We participated in the sausage ancillary this year so Friday afternoon we started prepping for our spicy pepper cheese dip with sausage and homemade tortilla chips. Peter manned the fryer and turned out some tasty chips. The Mrs. and BP made up the cheese dip while I smoked the sausage on the Egg. I thought it tasted pretty good and I liked the presentation. After it was turned in, I made the comment that it tasted like 5th place, and it turned out that I had some pretty good taste buds. 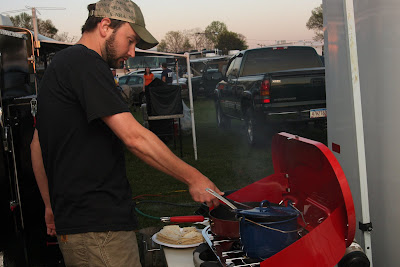 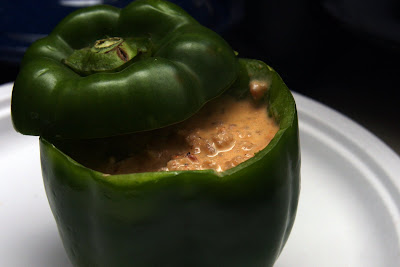 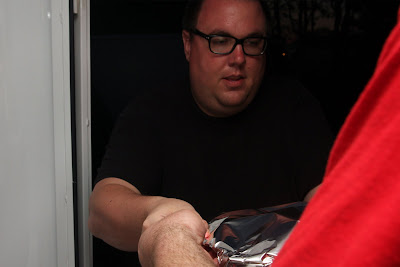 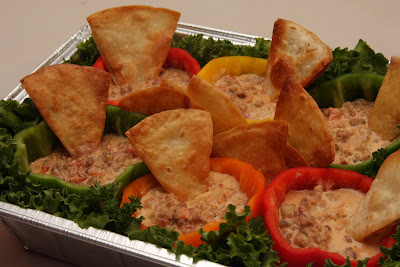 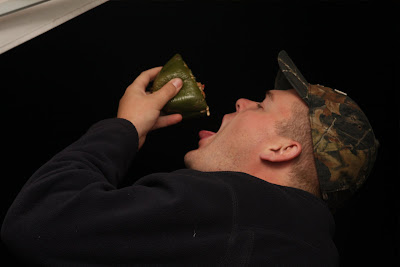 Jay finished off the cheese dip


On Friday night, Paul Hood from BigBriq.com had us over for some Ultimate Hoagies. These bad boys consist of thinly sliced beef tenderloin on a hoagie roll with stone ground mustard, horseradish, and Wickles. For those of you that have never had Wickles, I highly recommend them. They are sweet pickles with some garlic and red pepper to provide some heat. Mmmm. 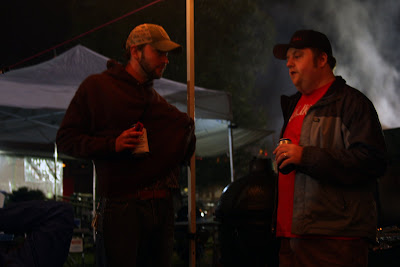 After the butts and briskets went on, we took a stroll around the fair. While I have no interest in the rides or the games, there is some great people watching to be had. Some of our favorite things about the fair: 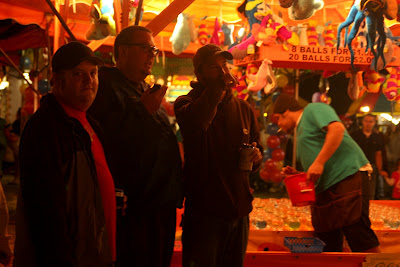 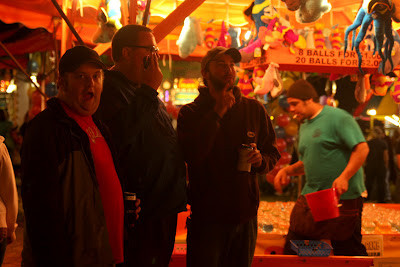 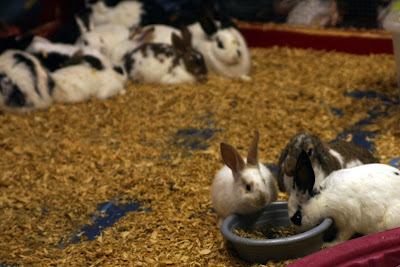 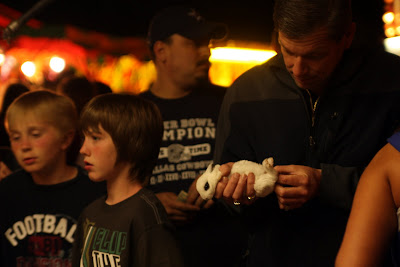 Saturday morning started off with a couple of cups of coffee provided by P.S.I.P. and then I was ready to roll. Everything seemed to go just fine Saturday morning throughout turn-ins. We did kick off the morning with a 10:30 shot from the Jack Daniels Clonesicle I had made. Alan provided a toast and everyone enjoyed the smooth flavor of Tennessee Whiskey. 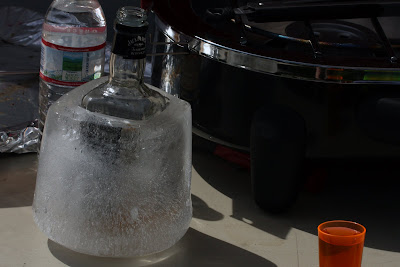 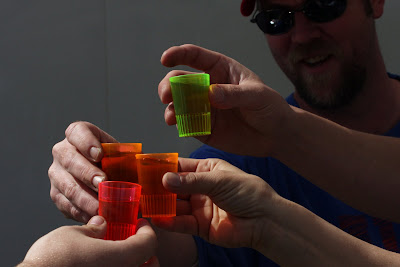 We got everything turned in OK on Saturday and felt pretty good about everything. I especially liked our brisket. I thought it was one of the best that we had ever turned in, but the judges apparently had a different opinion. I should have known not to mention any kind of brisket streak. In Clarksville, our chicken tanked us and in Winchester it was our ribs (40th place). We were thrilled to get a call for our pork - and to hear your name called among such an outstanding field of competitors is great. One of these days, we will get it all together in one contest. The most important thing is that we had fun and got to visit with several friends. The weather was perfect and it was another wonderful weekend in Winchester.

It was a somewhat emotional awards ceremony though as Mike Davis of Lotta Bull BBQ presented Linda Gould with a BBQ Hall of Fame plaque for her late husband, Fred Gould. Fred passed away in January 2008 and was named to the Hall of Fame later that year. It was a special moment to remember a great man who had been the contest organizer (among other things) in Winchester for several years.

Fred was "an organizer, promoter, meat inspector, electrician, RV mechanic, Master Judge, Table Captain, Contest Rep, and the list goes on...he was, in fact, the 'get it done man' rain or shine." 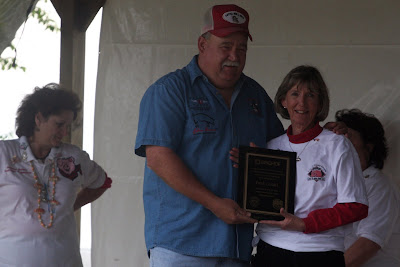 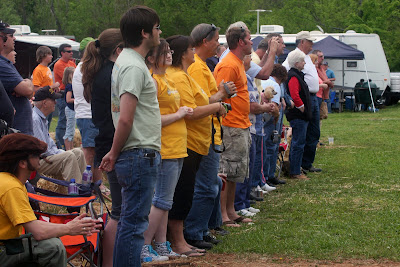 Currently we don't have another contests scheduled, but we are looking at several possibilities. Stay tuned to the Ulika food blog for any updates.
Posted by Unknown at 6:36 PM

Hey guys, since I can't pack up and do a contest because of work maybe I can come and help you guys out sometime.

Maybe one of these days I can get her off the ground.

But until then...I would be glad to help or hang out if you need a hand. My beer is always cold...and happy to share with friends.

"Did I win a girl or a boy?" is one of my favorite photo/captions ever on this site. I laugh every time I see it.

B.D.
We don't have any contest scheduled right now. Keep checking the site for updates.

Wish we had been at Winchester with all of you Guys.... I know I only meet Fred Gould one time but it only takes once to know how important he was to the BBQ teams in Middle TN. God Bless....
Do you Guys have a new trailer if so I would love to see pictures...

Hate to hear we willn't see you in Pulaski...
Charcoal Cowboys-Ken Wood