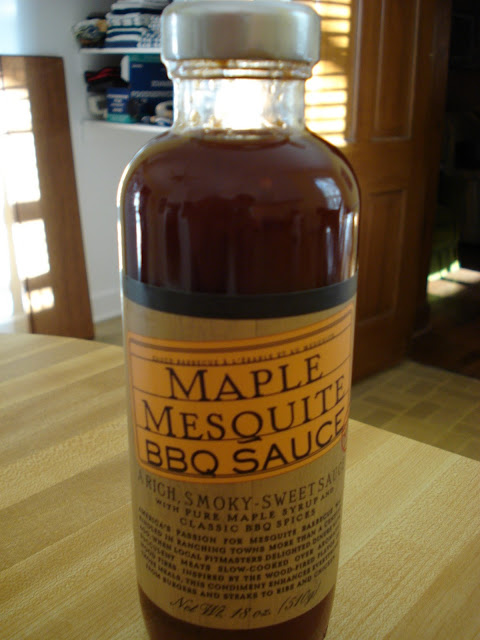 I love Williams-Sonoma. I know it's totally yuppie, but they have good shit. And when I can afford it, I like to buy good shit. And while most everything at Williams-Sonoma is expensive, I have always found their foodstuffs to be especially outrageously priced. $14 for a jar of tomato relish? Yep. $28.00 for a 3 ounce jar of truffled salt? Yep. And those frozen croissants that Oprah likes so much? $39.95 for 15. So I really shouldn't be suprised that their barbecue sauce is no exception. 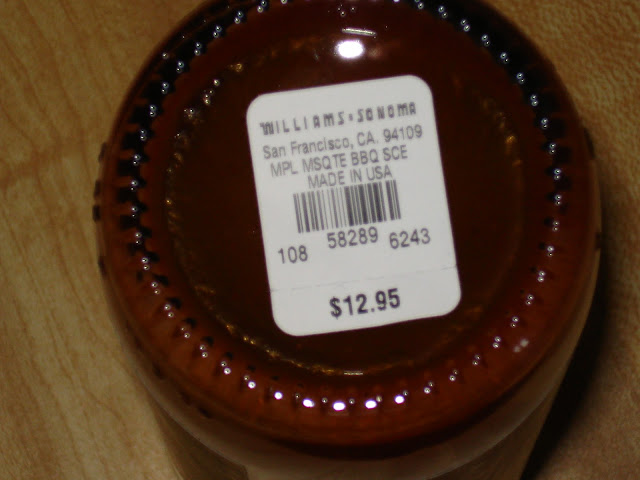 Yep. Even some of the biggest names in the barbecue business - notorious gravy trainers like Rendezvous and Arthur Bryant's - are charging just over half what Williams-Sonoma is per fluid ounce. But hey, it's Williams-Sonoma. I'm sure people will pay it.
Okay, so it's a little expensive. It might be worth it if it's really good. So how does this high dollar barbecue sauce actually taste? Not very good, I'm afraid. I'm not sure what they were going for in the test kitchen where this was conceived (other than maybe a marketable combination of culinary buzzwords). Maple and mesquite are not two flavors that I would have thought would go well together, and, at least in this case, they don't. The aroma is mysterious, with the scent of maple syrup swirling amongst the usual suspects of tomato, vinegar and worcestershire sauce. The flavor is nothing short of strange - the strong distinct flavor of maple syrup gives way to a tangy sweet smokiness. It actually tastes like it might be a pretty good barbecue sauce if they'd left out the maple syrup (or at least cut back on it). I guess in the end, this sauce is exactly what it says it is. It's maple. And it's mesquite. I just don't think it works.
Grade: C
Posted by BP at 3:35 PM

Damn.....I wish she still worked there. I need to make her go back:)

From your review I guess it's not worht the price. But for free, I'd be willing to try it. Thanks

This sauce is so yummy! We've used it on many different grilling occasions!

BTW… check out our new video series “Weber Grill Master”. http://www.youtube.com/watch?v=iRN-VTuA0aw Grilling experts Jamie Purviance and Steven Raichlen compare notes on grilling techniques, what inspired these classically trained chefs to pursue the art of cooking with live fire, and find out what led to their biggest grilling mistakes.