BBQ SAUCE OF THE WEEK: Scott's 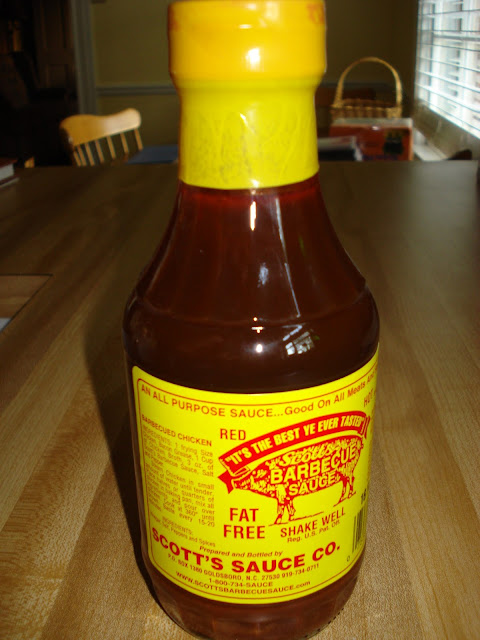 Scott's is Eastern Carolina style all the way. Ingredients: vinegar, salt, peppers, spices. So to say it has some tang to it would be an understatement. If you take a swig of this stuff by itself, it will pucker you up. But this sauce wasn't made to taste great on its own - it was made to complement pork. I might also add that the Scott's sauce packs some heat. It will put a nice little burn on ya. I've had "down east" barbecue sauces before that I didn't much care for, but this one gets it right.
Grade: A
Posted by BP at 7:53 PM

This is by far my favorite east carolina sauce. Awesome to marinate with or just slap on top of some pulled pork. It was like finding gold when I saw it in harris teeter in nashville for the first time.

Sounds like a must try for me, since I love Carolina sauces. Did you order through their site or did you find this in a store?

Like the rooster, I found this one in Harris Teeter.

There are many religious research paper services and Religion Assignment Writing Services to choose from for those stuck with their religion & theology essay services and theology & religion writing services.