Recap of the 2009 KCBS Banquet 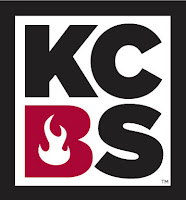 Last Saturday night, BP and I attended the annual KCBS Banquet. This end of the year/season banquet was being held outside of Kansas City for the first time ever and we were glad that they chose Nashville for the event. The banquet was held at the Sheraton Music City Hotel located near the airport. When this location was first announced, I gasped for a moment. Not because of the location or the quality of the place, but because I knew the chef at the Music City Sheraton. And where do I know him from? I met him at a competition as he is the chief cook on a KCBS team. I gasped because I could not imagine cooking for hundreds of my peers who are cooks themselves. However, whether the banquet attendees knew that their meal was prepared by a fellow competitor or not, the food was good. The intentionally basic menu certainly did not allow the chef to flex his culinary muscle, but everything served was pretty tasty and of good quality.

BP and I arrived just as the banquet was about to begin, so we grabbed some of the only open seats left in the back of the room. The banquet started with Mike McCloud from MMA Creative addressing the crowd and giving out the standard thank yous to the KCBS board, the members in attendance, the KCBS staff, and the volunteers that helped with the event. That was followed with a brief statement from the KCBS President Mike Lake and the introduction of the headlining speaker, Nashville Mayor Karl Dean. While I am not a supporter of Mr. Dean, I thought that he delivered a good speech. He talked about how he moved to Nashville to attend law school and was invited to a bbq on the first day of classes. He, of course, thought they would be having hamburgers and hot dogs, but he was treated to true pork bbq. This is the consistent annoyance for bbq cooks - barbecuing is incorrectly assumed to be synonymous with grilling. After his story he gave some shameless plugs for Nashville tourism, but the crowd seemed to eat it up. He then moved on to talk about how he was an honorary judge at the CMT Fan Fair BBQ Contest and he described the experience that he had at his first KCBS event. Overall, he delivered a good speech that seemed to entertain the crowd.

After the speech, the buffet opened. Dinner consisted of a Caesar salad, mashed potatoes, macaroni and cheese, grilled zucchini with roasted red peppers, roast beef, pork loin, and a mushroom bisque. For dessert, they had a cheesecake and slices of an apple tart. Everyone at our table enjoyed the meal and the hotel patron that sneaked in towards the end of the banquet enjoyed the food as well, helping himself to some of the leftover rolls with some roast beef.

After everyone was finished eating (except some of us in the back), Mike Lake again addressed the crowd. He then brought Mike McCloud back on stage to give the 2009 Tour Sponsors and Marketing Brief. This was the most interesting part of the banquet. It was revealed that Weber and Tabasco are returning as sponsors and the new companies on board this year are Tums, Reynolds Wrap and Scott Towels. I can't believe that Tums is just now joining hands with the KCBS - Tums and bqq competitions have long been friends in my mind. It was also revealed that there is a NASCAR/KCBS event in the works. If this goes through, there will be a KCBS contest at Daytona for the night race in July. If that goes well, there is talk of future NASCAR/KCBS events. It seems that someone has finally realized that the bbq demographic and the NASCAR demographic are pretty similar. Kudos to MMA.

After Mike's power point presentation, they announced the results of the election for the Board of Directors. Three members were re-elected: Merl Whitebook, Don Harwell (not to be confused with local contest rep extraordinaire, Ron Harwell) and Wayne Lohman. One new member was elected: Gene Goychochea. I met Gene at a get together on Friday night (put on by DoRag and Long Dawg Blue Smoke), but I had no idea he was even running for the BOD. Gene was a very nice guy and I wish him best of luck as he joins the KCBS BOD. I am sure he will serve the membership well.

After the election results were revealed, the awards were announced. This was very anti-climatic since the KCBS had already posted the results on their website. They announced the Top 10 teams in all four meat categories and then announced the Top 20 overall teams. Munchin Hogs @ the Hilton was named the team of the year, Quau was named the chicken team of the year, Munchin Hogs @ the Hilton won the rib category, Four Men & a Pig was tabbed as the best pork team, and Smokey Mountain Smokers won top team in brisket. Lastly, they gave out the award for the top overall score from any contest which went to Rod Gray of Pellet Envy for the second year in a row. After the awards were presented, an announcement was made informing the membership that efforts were being made to reward the TOY with a monetary prize. The KCBS is also going to have an updated TOY tracking system on their website throughout the year. These changes should make for an exciting chase in 2009.

Overall, the banquet was a good experience. It wasn't a profoundly exciting event, but I wasn't expecting it to be as banquets are banquets - we've all been to them. BP made an interesting observation of the event, comparing it conversely to an afterhours gathering of co-workers. Just as it is odd to see your co-workers in their non-work, casual clothes, it's odd to see your bbq peers dressed up in formal wear. I doubt that I would travel to attend another event unless I was up for an award, but I'm certainly thankful that I had the opportunity to attend one here in my home city. It was nice to meet different faces from across the country and learn more about the future direction of the organization. I hope everyone enjoyed their trip to Nashville, and you are welcome back anytime.
Posted by Unknown at 12:01 AM