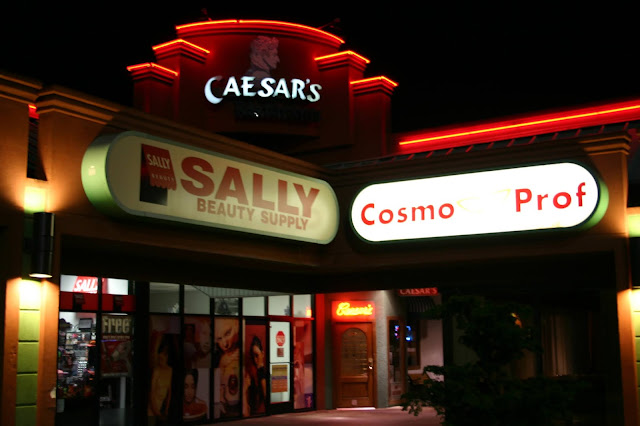 Caesar's Ristorante Italiano Yes, technically it's an Italian restaurant and not a pizzeria, but they make one of the best pizzas on this side of town, and by far the best one that will deliver to my house. Caesar's is located in the heart of Lion's Head on White Bridge Road. Those of us who've been around awhile will remember that the corner space that Caesar's occupies was once home to Q-Zar. Many birthday parties and Saturday afternoons of fun were had there. And not to brag, but I was pretty dominant in the Q-Zar arena. I had this strategy for scoring at the other team's base that was rock solid. By the way, apparently Q-Zar is still alive and well in other cities, and I have to admit that that makes me more than a little jealous. But I digress. Behold the Caesar's story:

Born in Carini, Palermo, a small city in Sicily, Caesar Randazzo graduated as an engineer. Because of the work shortage, he came to America and worked as a dishwasher and pizza delivery boy for his uncle's pizzeria in Brooklyn, New York. There he worked his way up and learned much about the restaurant business. Caesar migrated to Chattanooga, Tennessee in 1976, and opened five Italian restaurants, only to sell them all seven years later and move back home to Sicily. Caesar spent two years in Sicily before deciding that his future was in the U.S. He returned to Nashville, got lost, and ended up on White Bridge Road. Says Caesar, "I saw the parking lot at Lion's Head full of cars and people standing in a long line. I thought it was Times Square in New York." The people had come to the movie theater, and Caesar noticed that the restaurant space next to the theater was for rent. He contacted the landlord, and three months later opened his Ristorante Italiano.

Caesar's serves a full menu of Southern Italian and Sicilian favorites. You can order off of the menu, or they have a lunch buffet Monday through Friday. The place has a certain kitschy Italian charm, and the staff is very laid back and friendly, so it's a fun place to eat. The real appeal for me, however, is their delivery service. They deliver their full menu until...wait for it...4 AM! - seven days a week! That's right - if you have a craving for Veal Saltimbocca at 2:30 AM on a Tuesday, you can get it. Or you could get a pizza.
The pizza usually comes in one of those generic "PIZZA" boxes. This time it arrived in a plain white box. 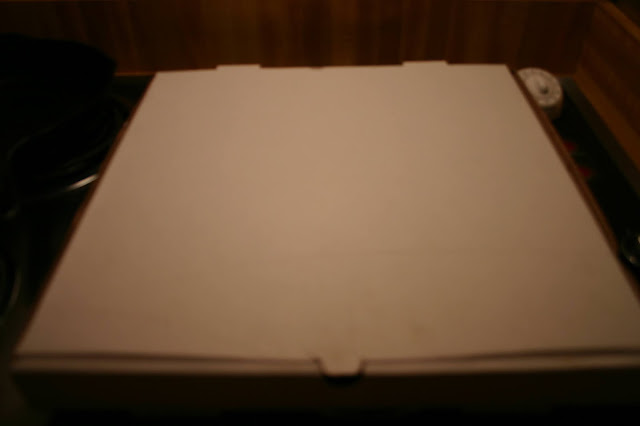 They call it a Neopolitan-style pizza, but to me it seems like a New York style pie. It's got that thin, hand-tossed crust and it's very foldable. The crust is fantastic - crisp and chewy on the outside, and soft and warm on the inside. What really makes this pizza great, though, is the sauce. It's got vibrant tomato flavor, with lots of basil and oregano and some red pepper - it's definitely got some zip to it. The cheese is classic mozzarella, and there's plenty of it. Pull-away factor is high. Pepperoni is meaty and spicy. 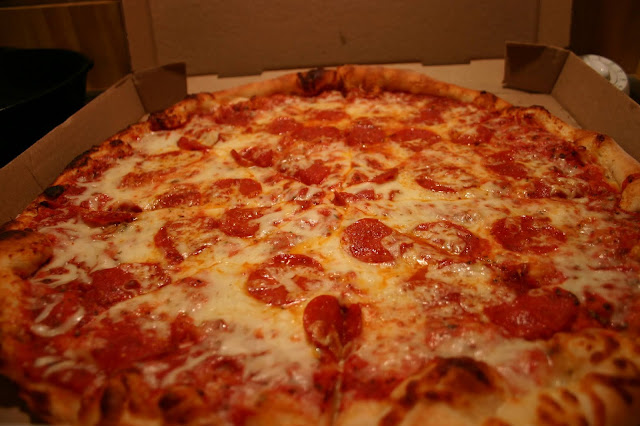 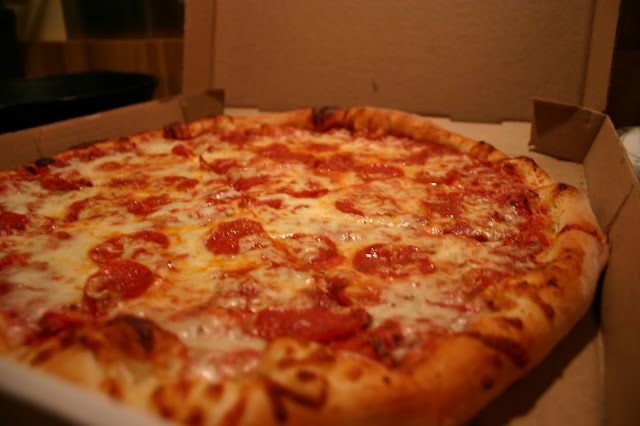 Cracking me up about Q-Zar. I remember when it was there and I too, dominated. It's been so long I can't remember exactly what my strategy was, but obviously it was a good one because I kicked ass.

I was terrible at Q-Zar. Mostly I remember that it was really hot in there, which made me mad because it messed up my bangs. Yes that's right, my bangs.

check out Porto Via in green hills area! They have an awesome Margherita D.O.C pizza!