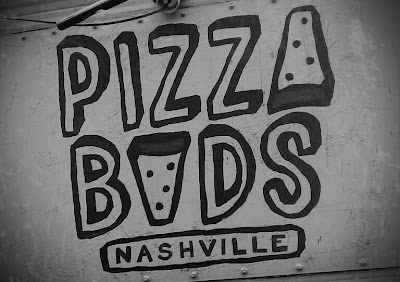 Nashville's streets are getting more and more packed as the food truck trend finally made its way down South this year. There's tacos, grilled cheeses, milkshakes, marshmallows, Barbie Burgers, even waffles...a whole blog is already up and running to cover our mobile food options. 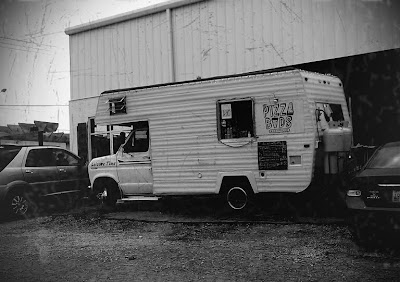 And what appears to be the slightly dirty, drunk uncle of them all is the Pizza Buds truck. Pretty much the opposite of state-of-the-art, their ride is a cross between hipster vintage and junkyard ghetto - the perfect appeal factor for Nashville hipsters. 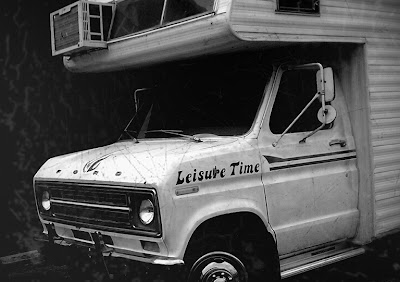 We parked at Yazoo Brewery in the Gulch on a Friday evening and ordered our pepperoni and cheese "12-inch frisbee" to eat picnic style in the parking lot. Initial concern: pizza isn't the most portable food out there. Things I buy on the street need to come on a stick or in a wrapper. But hey, they gave us plates and napkins! 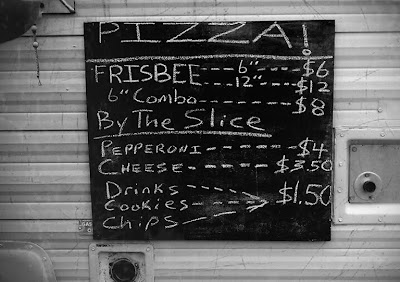 The pizza was definitely cooked to order and came out blazing hot. I have no idea about the cooking method employed as I couldn't see what was going on inside the rusty camper - I envision stained beige ovens plugged into an overloaded outlet, but these guys still have to pass codes, right?

The Pizza Buds serve a rustic thin crust pie. The cheese was good and gooey (medium pull away) and the pepperoni was sliced perfectly to get that slight crunch. They were still soft in the center and left a little grease, but that's good grease. The sauce was unobtrusive and just gave you the idea of tomatoes without any unnecessary chunks or other gritty business, but they did do the last minute sprinkle that ruins so many pizzas. Here are some random Italian spices! Thankfully, they didn't sprinkle too long and I didn't get a piece of parsley in my mouth or anything. 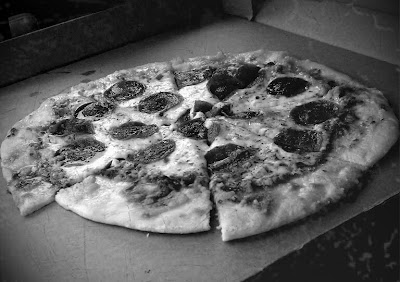 Now for the crust. Have you all seen the newest campaign of Miracle Whip commercials? They are GENIUS. They admit that Miracle Whip isn't for everyone and that some people downright loathe it, but what's brilliant is that the company is asking you pick a side. Either love them or hate them. Embrace the emotion fully and support your choice with fervor. Damn the lukewarm! Now I hate Miracle Whip, but I LOVE these commercials. And I love the idea. So I'm asking you, pizza eaters, to go taste the Pizza Buds crust and pick a side. It's bizarre and unlike any pizza crust I've ever tried, starting out all normal and bready and then...wait...what the hell was that? Is that sugar? Cinnamon? Huh? I have a feeling that there will some serious polarity in the responses of your dining crew. 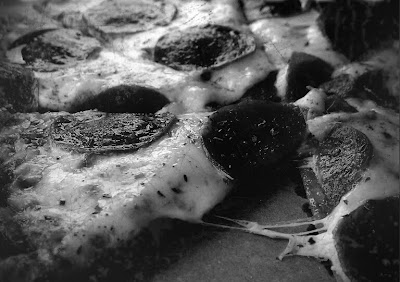 So how does it measure up against the rest of the pizza in town? Aside from the exotic crust, it's not the heaviest hitter out there. But at 2:00am when you're pouring your drunk self out of a show, I bet that it's the best darn thing you've ever eaten.

Got any suggestions for places that I should cover? Let me know!
Posted by the mrs. at 7:53 AM

You are absolutely right, that crust is bizarre! That said, I actually quite like it. I think of it as having my dinner and dessert all in one little package.

The crust is strange. It isn't my fave 'za, but as you say, at 2 am, drunk, and needing an alcohol sopping food, the BUDs are the guys. And, the BUDs got a really high health score, they got 100!!! I have proof, I got a photo of the health score sheet, if ever I decide to blog abou the BUDs. So eat up here, like many taco trucks, they health score is great!

http://lannaelong.blogspot.com/2011/06/give-me-slice.html
Try NY Pie. It is not really NY style 'za, but it is a good slice. The ingredients, topping, are really good quality. This is quite good, and dethroned Manny's as my go to 'za. More about the toppings, the cheese is right, the toppings are excellent, and add to the pizza. NY Pie does it right compared to toppings at Porta Via and Bella Napoli which seems to have cheapened out with lower grade food distributor product rather than excellent topping ingredients. At PV and BN, it is worth getting plain pizza because the toppings detract from the food.

Thanks Lannae! We've tried NY Pie and it's on our list of upcoming reviews. We STILL haven't made it over to Porta Via, though I really want to try both the pizza and gelato. The new Franklin location is coming soon though and I know we'll hit it up when it opens.