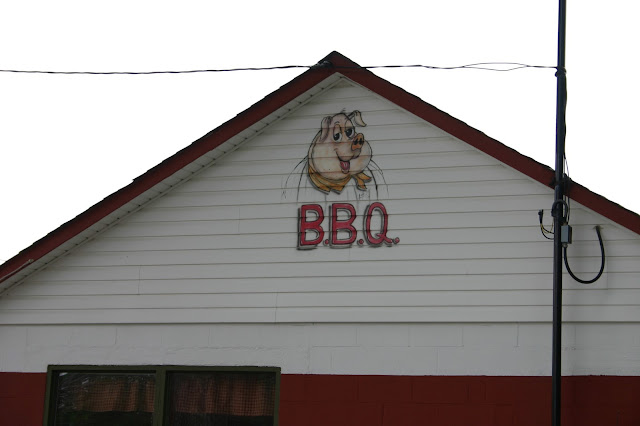 Sumner County will be divided into two reports, with Hendersonville and White House this week and Gallatin and Portland next week. 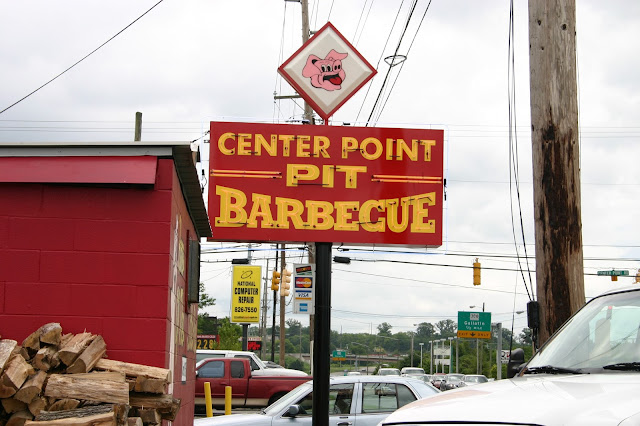 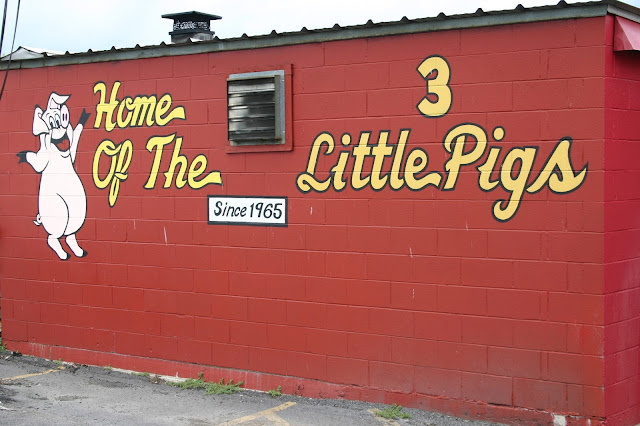 Center Point is one of Middle Tennessee's oldest and most revered barbecue joints. It's just over the county line (actually closer to Rivergate) at the corner of Gallatin Road and Center Point Road. 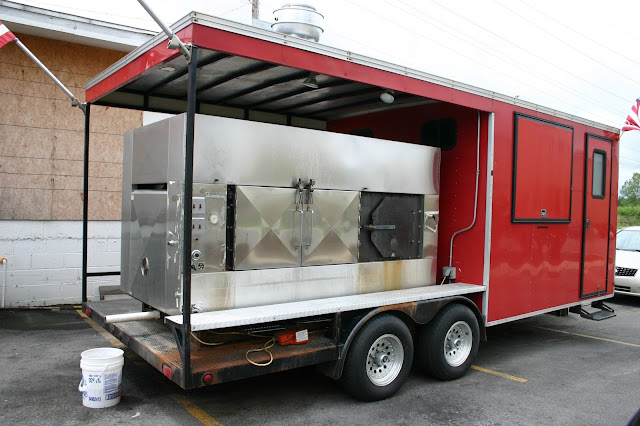 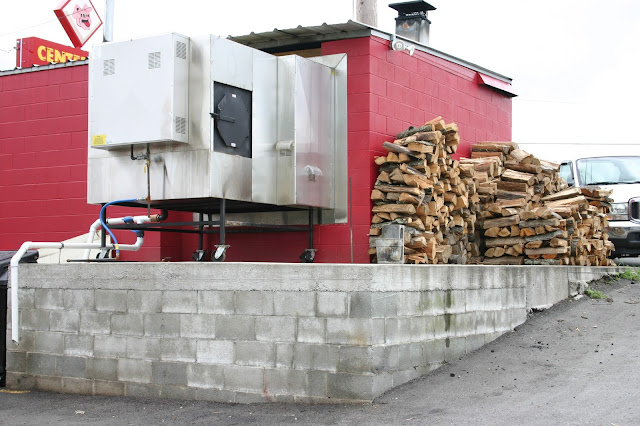 There is a large catering trailer parked out back, but I think most of the cooking is done on a large cooker made into what used to be the smokehouse on the side of the building. 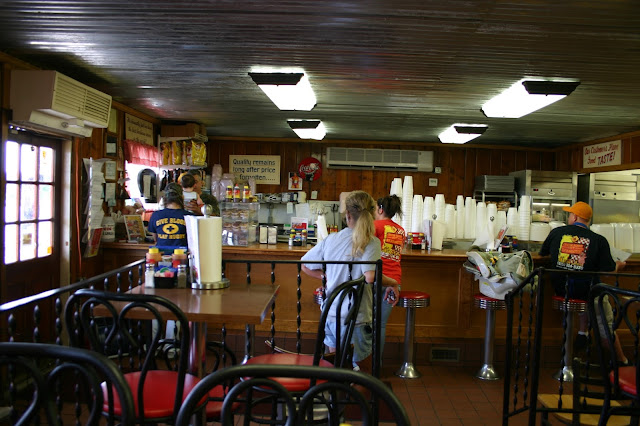 The inside of the restaurant is small, with a few tables in the front room, and a few more in the back. 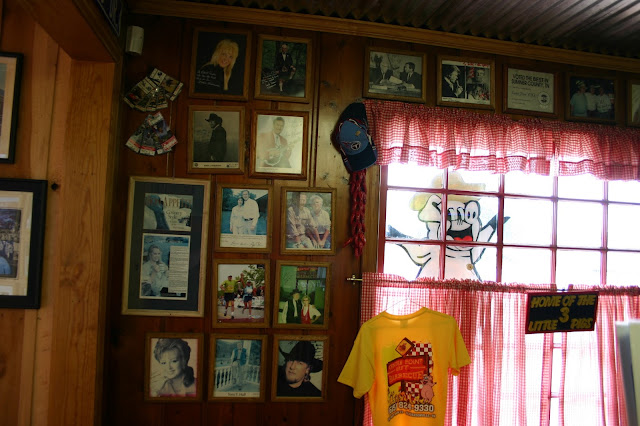 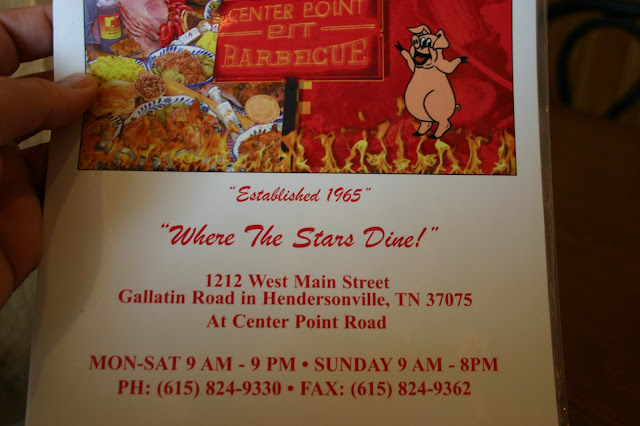 It says on the front of the menu: "Where The Stars Dine!" And there are certainly a lot of autographed 8x10s up on the wall to prove it. Not as many as, say, Loveless Cafe or the Hillsboro Village Post Office, but still, a lot. 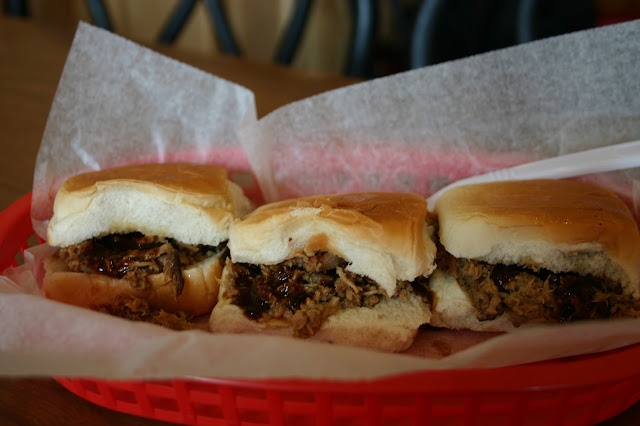 In terms of the food, I've had mixed experiences at Center Point through the years. At times I've found their pork to be dry and lacking flavor. On this day, however, the pork was very good. I ordered it on the "3 Little Pigs," which are an order of three little slider-sized pork sandwiches (maybe where White Castle got the idea?). I added a little bit of Center Point's "Sweet Surprise" barbecue sauce, which is vinegar thin, soy sauce black, and molasses sweet. I also ordered it with the pork "minced" (you can also get it pulled). The pork was tender and just smoky enough, not the least bit dry. Texturally, I liked the concept of "minced" - tender alternating with crispier bits of bark. It's similar to what they call "chopped" in Memphis. 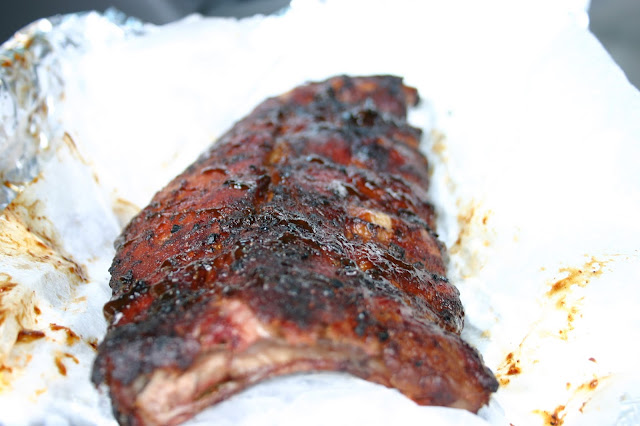 The ribs were solid, if not memorable. They're baby backs and they were cooked just a bit shy of the doneness I prefer. They were smokier than the pork and economically seasoned, with a light application of sauce. Not a bad rack of ribs.

Overall, at least on this day, I found myself quite impressed with Center Point. 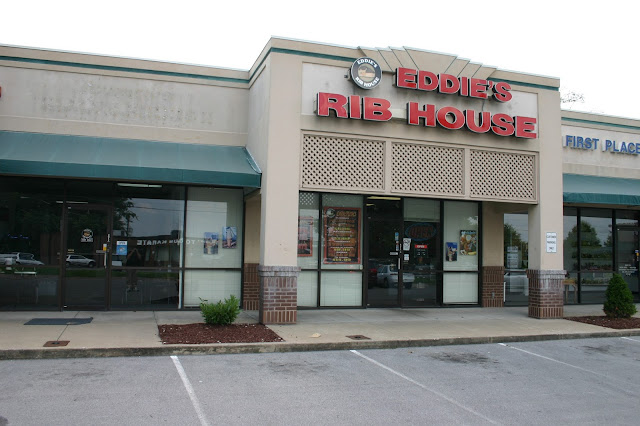 Eddie's Rib House is in the heart of Hendersonville, in a strip mall just off Main Street near the lake. 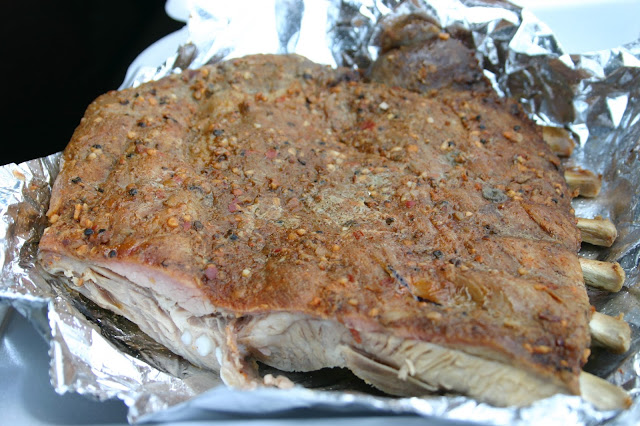 The restaurant's signature product - the ribs - was very disappointing. I found them to be exceedingly dry and tough, with no discernible smoke flavor. The haphazard attempt at seasoning offered no help. 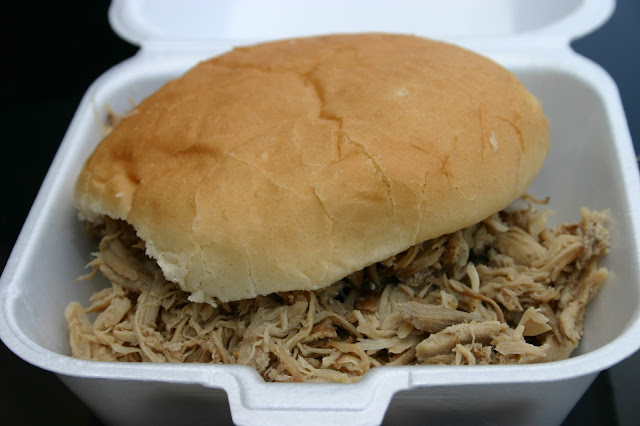 Unfortunately, the pork sandwich was not much better. Although the tenderness was better, the flavor of this pulled pork shoulder was bland and forgettable.

Maybe this shouldn't make a difference, but there was definitely a microwave in play here. I was the only customer in the store when I ordered my food to go. As I loitered near the counter while my order was being prepared, I heard the distinct sounds of a microwave oven being set and operated. I'm not sure what it was used for, but I ordered no side items, so it had to be one of the barbecue items. Very disappointing. 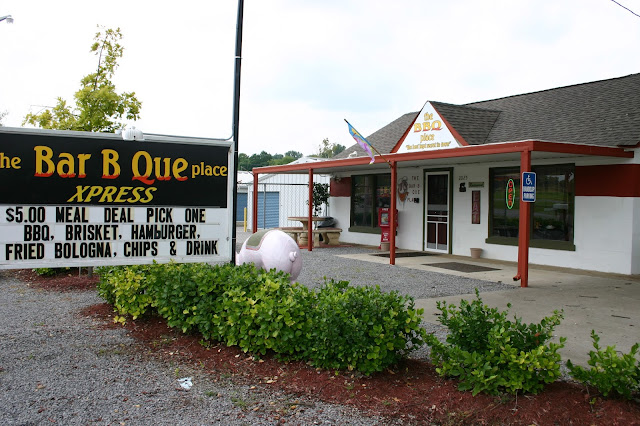 The Barbecue Place is the only barbecue game in town in White House. It's in a converted old house on Highway 31 West. The place is cute as a button, and the staff are really friendly. 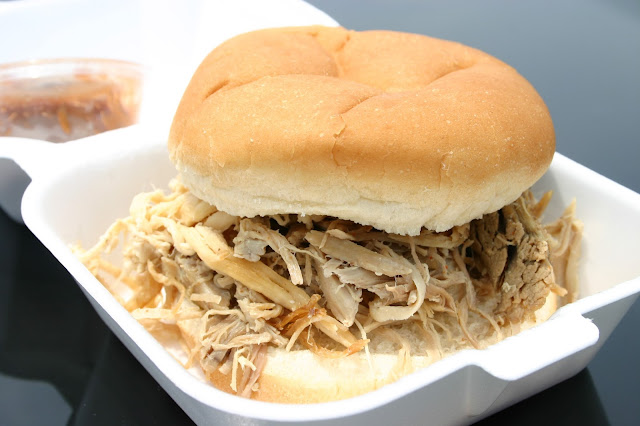 Unfortunately, the food was not as kind. The pork on the sandwich was dry and salty, with no evidence of smoke. 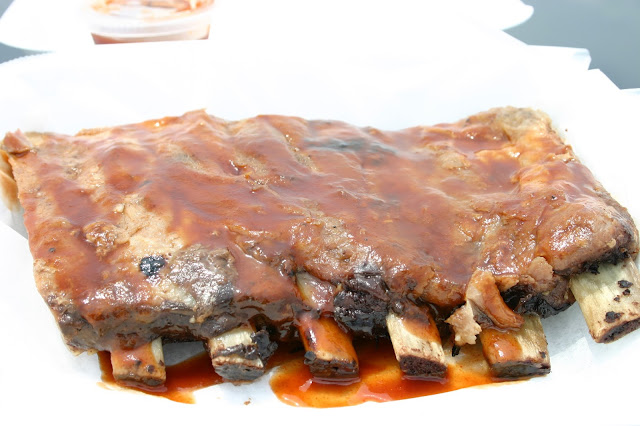 The ribs were cooked beyond tender to the point where they were falling apart when picked up. And although the ketchup based sauce was tasty, there was no notable flavor or seasoning beyond it, and there was once again no smoke flavor.

So Judge Beans re-opened, at it's 4th location, in Brentwood. It's on Church St. just past Old Hickory, across from Maryland Farms. This is a review request I guess.

I will say in the later days of the 12th N location, the quality of the food was going down. The brisket was grey and dry on most occasions. I went to the new location and actually got a juicy piece of red smoked meat. Reminded me of the Wedgewood days. No sign of the Judge, but I guess he's still recovering from the heart attack.

Both of those pulled pork sandwiches look devoid of any bark or smoke ring, so I was not surprised with your assessment.

Sorry, have to go, the microwave just beeped!