Wilson County lies directly east of Metropolitan Nashville. Among other things, it is known for its phenomenal County Fair, which some people everyone believes is actually better than the State Fair in Nashville. We are sad that this year's Wilson County Fair will not include the Amazin' Blazin' BBQ Cookoff, which has long been one of the best-run contests in this area. No doubt the fair will still be a great event and worth the short drive from wherever you are in Middle Tennessee.

So what about the barbecue in Wilson County? Let's start in Mount Juliet. The first place I wanted to go was a barbecue joint called Burr's that's kind of off the beaten path. Although it hasn't been around that long, it's about as close to what I imagine an old-school country barbecue joint was like as you'll find these days. It's in a tiny shack a couple of miles off of Mount Juliet Road. Imagine my disappointment when I found it to be closed up on a Saturday afternoon. And what's more, according to the sign, it's not even Burr's anymore. 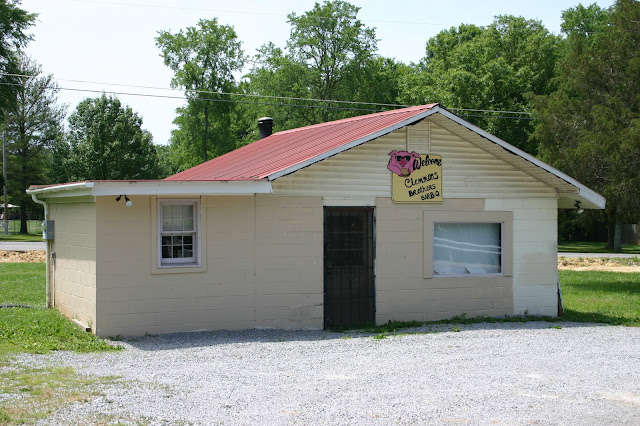 I drove on into Mount Juliet to see about Burr's newer location. 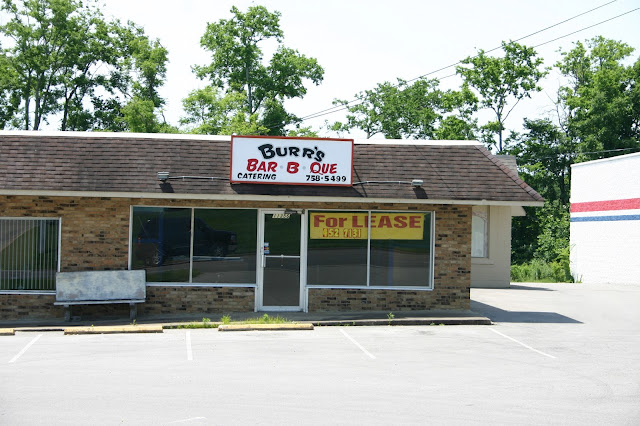 Also closed. Not good. The website is still up, so maybe they are just doing exclusively catering. Anyway, they will be missed. As far as I know, Burr's was the only independently owned barbecue restaurant in MJ, so it's on to Lebanon. 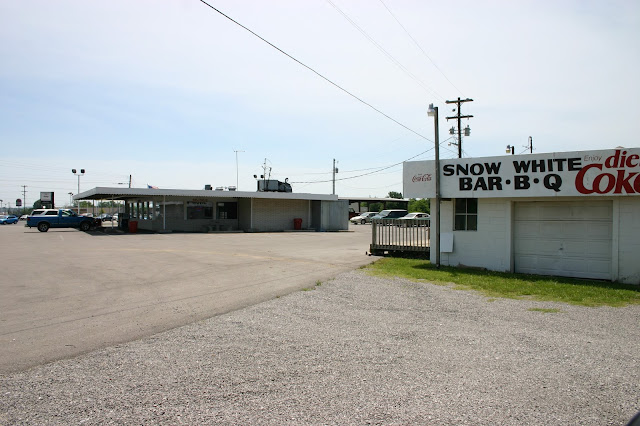 As you come into Lebanon on Highway 70, it's hard to miss the Snow White Drive-In on your right. This place is old school all the way, with curb service, a jukebox, and classic car cruise-ins on Saturday nights. 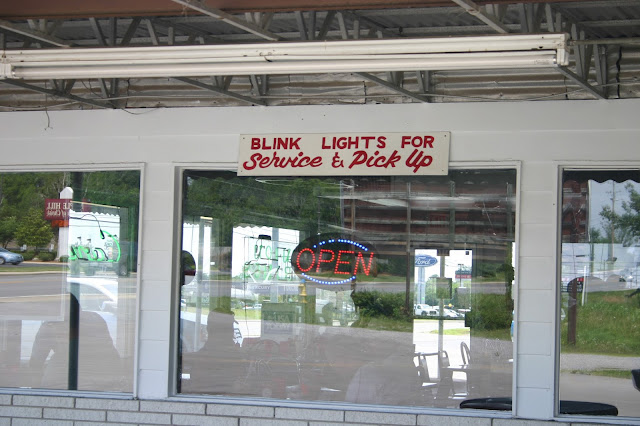 Like so many drive-ins throughout the South, in addition to the standard burgers, dogs, fries, and shakes, Snow White serves barbecue. In fact, it is their specialty. 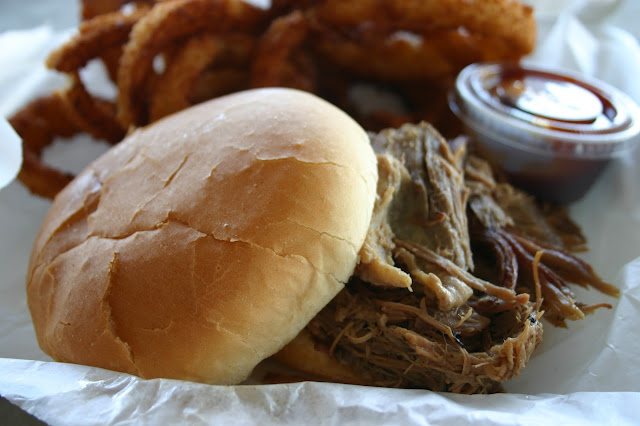 The barbecue sandwich is very generously sized. The pulled pork has very good flavor - it doesn't skimp on the smokiness or the seasoning. On this day, the meat was a little on the dry side, so the thick, sweet sauce that came on the side was put to good use. Overall, not a bad sandwich. And be sure to try the made from scratch onion rings while you're there, too. 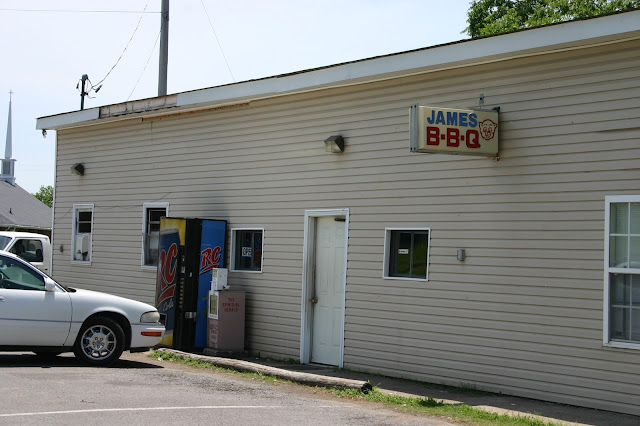 James BBQ is closer to downtown Lebanon in a very unassuming building on York Street. If you're not looking for it, chances are you won't know it's there. But James Reeves has been serving barbecue here for over 30 years. Inside, the place is dimly lit and sparsely furnished, and there is a cast of characters hanging out, chewing the fat. James is manning the flat top, and when you order your sandwich, he carefully removes some pulled pork from a container and places it on the grill, splashing it with a vinegar-based sauce. Both sides of the bun go down on the grill, too. 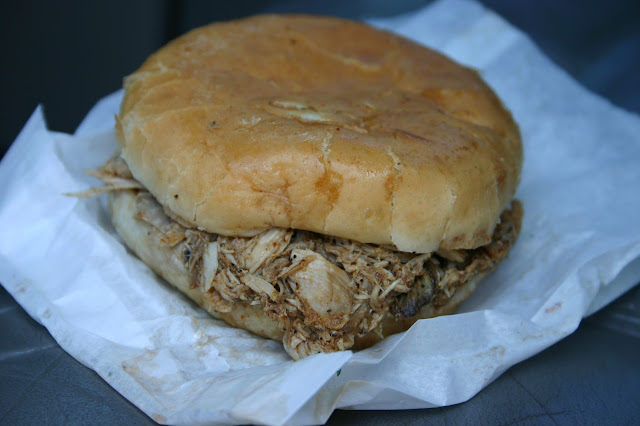 The resulting sandwich is a tender, tangy treat. The peppery sauce is a great complement to the pork, bringing out the natural flavor and keeping the overall product tender and juicy. 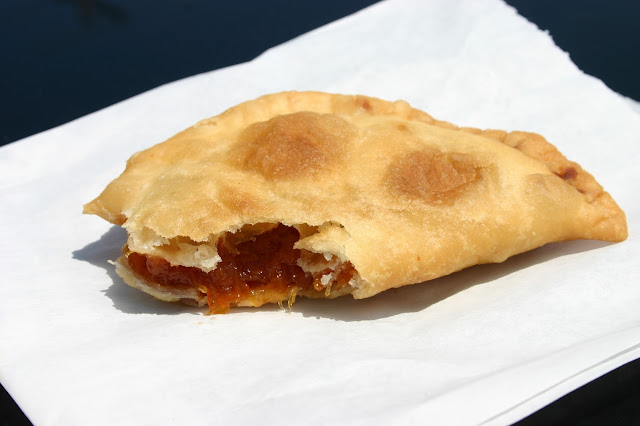 The homemade fried pies are not to be missed either. On the day I visited, they had apple and peach, and both were perfection - perfect flaky crust, perfectly sweetened and spiced fruit filling. I heard a rumor that James sometimes has sweet potato, so that is reason enough for a return visit right there. 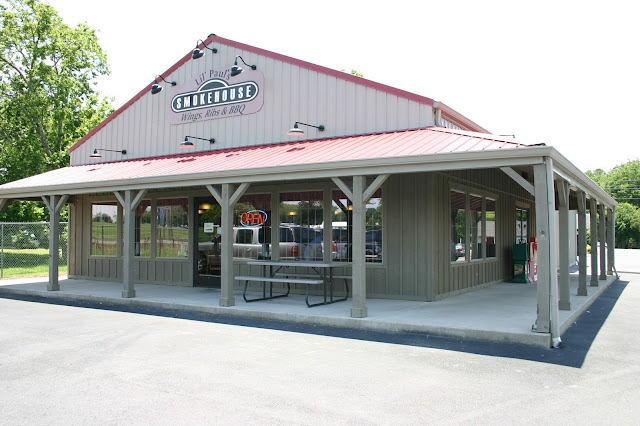 In contrast to James' small bare bones establishment, Lil' Paul's Smokehouse is a large, well-oiled machine. It's on Park Avenue near the fairgrounds, and it shares a parking lot with Jerry's Mustang Parts. 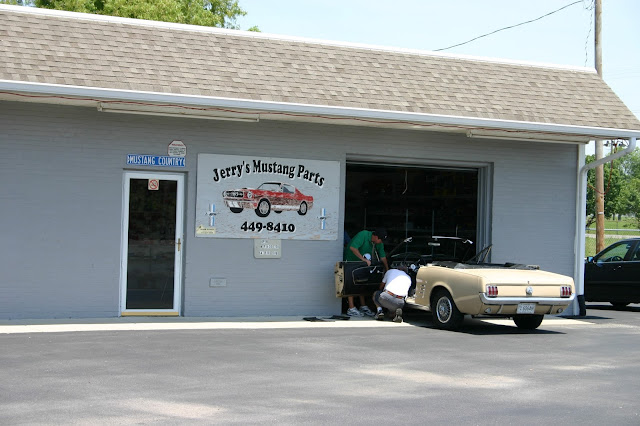 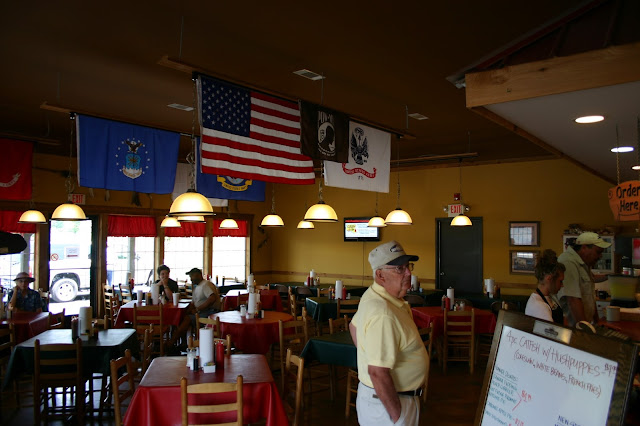 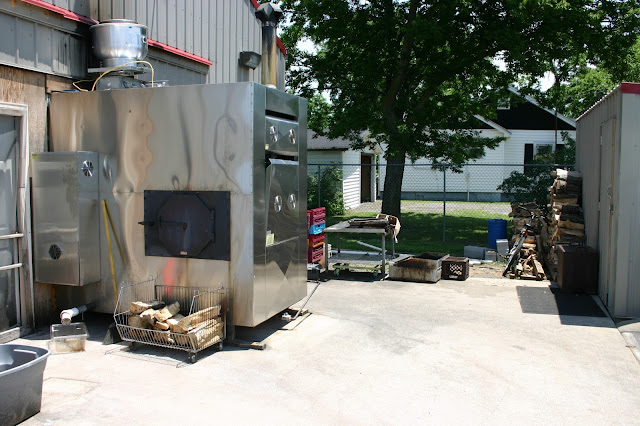 The menu at Lil' Paul's is quite expansive. I went with the sampler platter, which included pulled pork, ribs, chicken, and chicken wings. Because of The Slick Pig, I am permanently intrigued by smoked chicken wings. 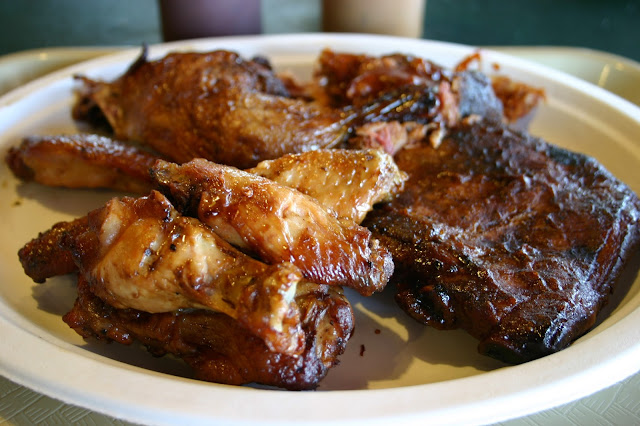 Yes, that's a lot of animal protein on that plate, isn't it? Let's start with the pork. The pulled pork was solid. As with everything on the platter, it had plenty of smoke flavor. It was super-tender, and there were plentiful bark pieces. Perhaps it could have been seasoned better, but with two kinds of sauce on the table (sweet ketchup-based and tangy sweet mustard-based), there was plenty of flavor to be added. The ribs were kind of frustrating. On one hand, these ribs had some of the best flavor of any ribs I've had in these reports - great pork flavor, perfectly seasoned, the right amount of cooked-on sauce. On the other hand, they were significantly overcooked, to the point where they were impossible to even pick up (I realize that for a lot of people this is a good thing). The chicken wings? Eh. They were pretty good, but once you've been exposed to the Gold Standard, nothing else can compare. 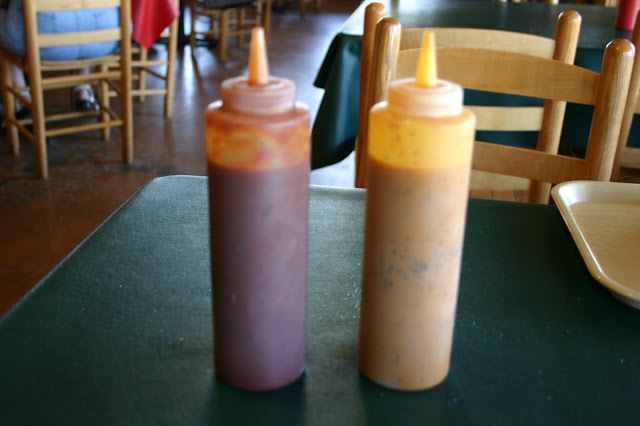 Thanks for the great listing. I think I'll hit James on the way back from Nashville next month.