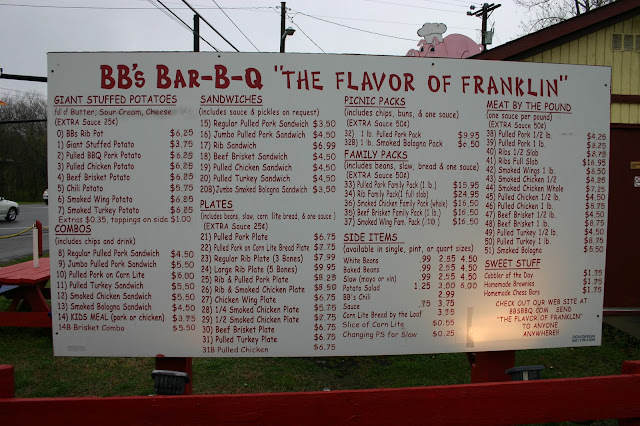 We'll use the counties surrounding Nashville as our test population (excluding Cheatham County, because it doesn't have any people or barbecue restaurants).

If we add in median household income, we can start to see the relationship between relative wealth and the number of barbecue restaurants. It's clear that the county with the lowest median household income - Robertson - actually has the highest number of barbecue restaurants relative to population, while Williamson has the lowest.

If we count only independent barbecue restaurants - no chains - the relationship seems to become even more pronounced. While it's impossible to tell if this relationship is legitimate based on such a small sample size, it appears that there might be at least some correlation here. 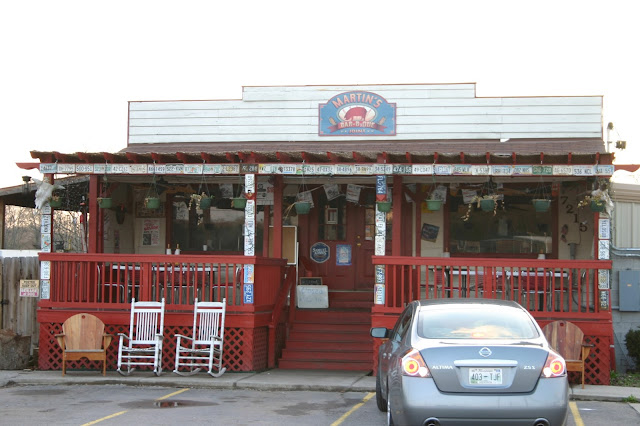 What Williamson County may lack in quantity, they certainly make up for in quality, at least when it comes to Martin's Bar-B-Que Joint in Nolensville. Since it opened in 2006, Pat Martin's place has become a destination for great barbecue in Middle Tennessee - a place that is truly worth the drive from Nashville or beyond. 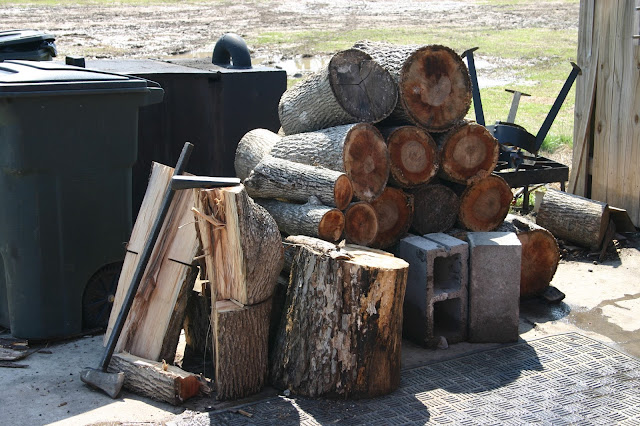 Pat learned the barbecue craft cooking in whole hog country in West Tennessee. And although he's not cooking on cinder block pits, he's committed to doing barbecue right. It's always a good sign when you see a stack of wood and an ax out in front of a barbecue joint. 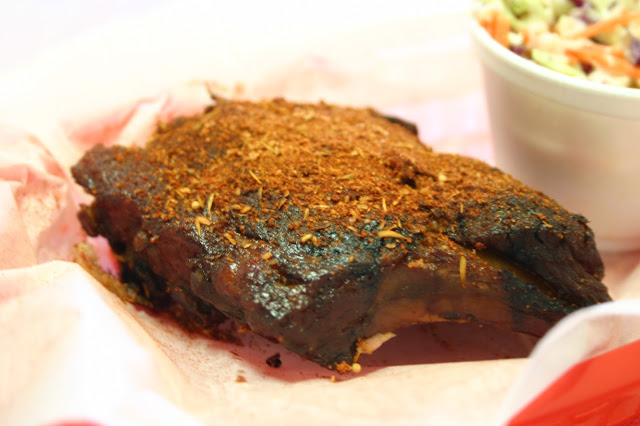 Martin's offers both spare ribs and baby backs, and you can get them wet or dry. On this particular day I went with the baby backs, and they were outstanding - cooked to a perfect tenderness, not quite falling off the bone, and seasoned just right. 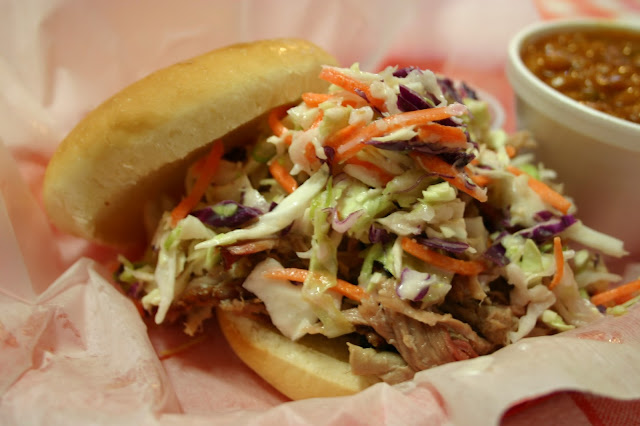 The pulled pork sandwich was a big delicious mess. The coarsely chopped slaw provided a nice crispy counterpoint to the tender, juicy pork underneath. Put a spoonful or two of Martin's delicious tomato-based sauce on top for a shot of sweetness and you've got a real treat of a sandwich. 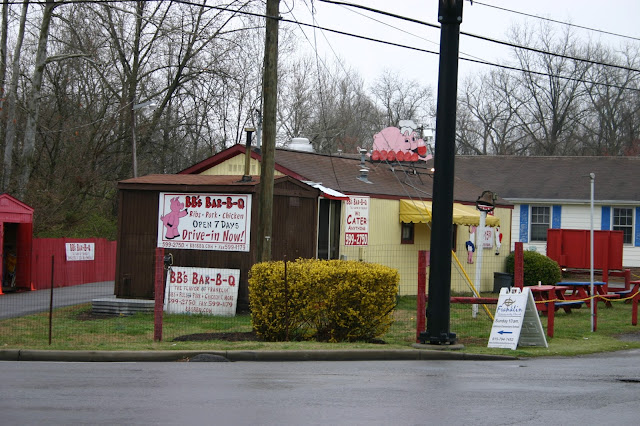 Williamson County's other local barbecue joint is in Franklin. BB's Bar-B-Q is on Highway 96, not far from downtown Franklin. I'm not sure exactly how long BB's has been operating, but I've only discovered it in the last couple of years. Although they have a handful of tables, it is primarily a drive-thru establishment. They offer a pretty extensive menu (see top photo). 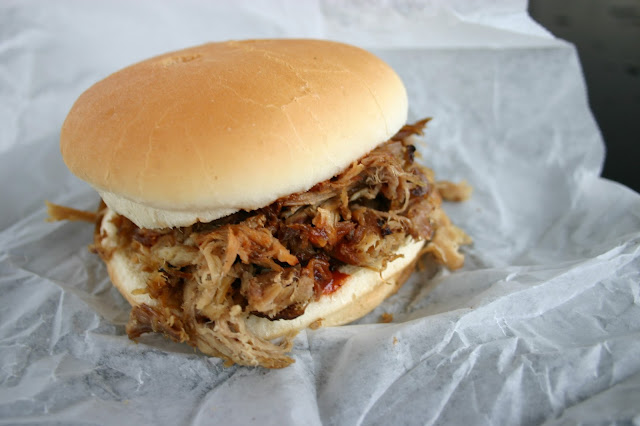 The pulled pork sandwich was serviceable - lots of bark pieces and good flavor, but overcooked to the point where it was a bit dry. Tomato-based sauce was average. 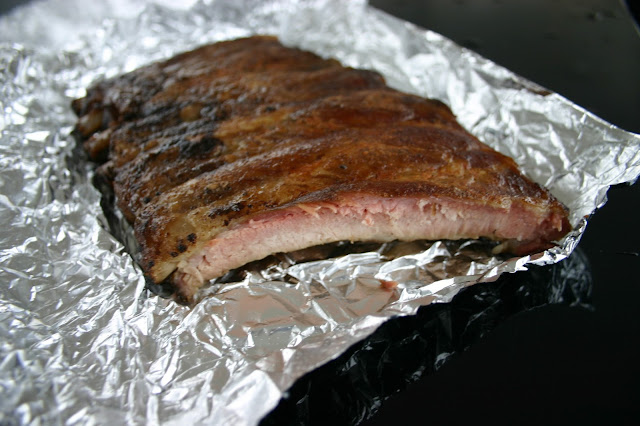 The ribs were unremarkable - St. Louis style spares unadorned, with lots of smoke flavor but not much else, and not cooked quite enough.

BB's has been around as long as I can remember. Which would be at least 15-20 years.

Have you thought about visiting the House of Hickory yet on Dickerson Pike? I tried to go on Saturday for lunch but it was closed. Looks interesting and thier is a big pile of wood out front.

I ended up going to Old Timers instead. They didn't have any ribs ready. I had the BBQ sandwhich was about how you described it. I also ordered the fish sandwich which was gigantic and pretty tasty.

I have never found House of Hickory to be open to the point where I thought it was out of business. But if there's a pile of wood out front...maybe not?

I will check it out.