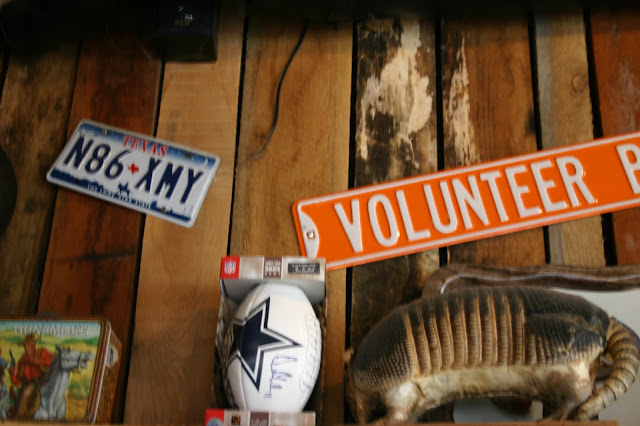 When it comes to barbecue, Tennessee is indisputably pork country. If you ask any Native Nashvillian, barbecue means pulled pork or pork ribs. But as our city has grown and attracted more and more transplants, it's no surprise that the Texans have eventually made their presence felt. Thus - "Texas Style" barbecue restaurants.

Because we're talking Texas here, I am going to stay away from the usual porcine measuring sticks, and instead order just brisket and sausage. Let me just say up front that my cumulative exposure to brisket and especially sausage is not very high, so I am by no means an expert. But I will do my best. 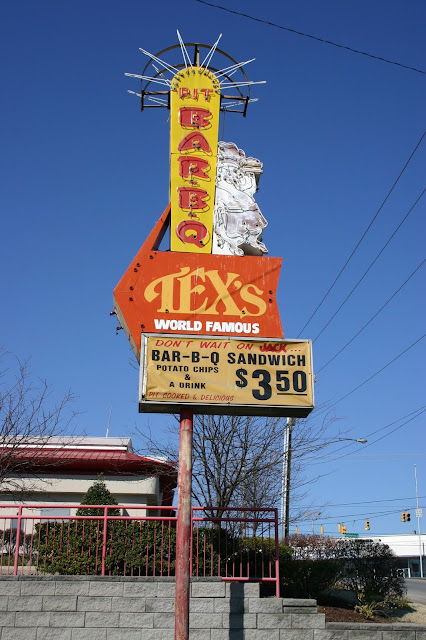 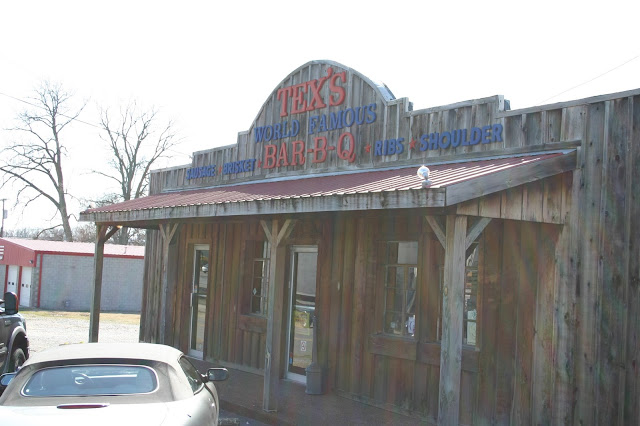 Unlike our other two places in this report, Tex's is not a relative newcomer to the Nashville landscape - they claim to have been in business for over 30 years. Their hours are very limited - Monday through Friday, 11AM to 2PM - so it can be tough to make it to Tex's unless you can be in the Murfreesboro Road area at lunchtime on a weekday. 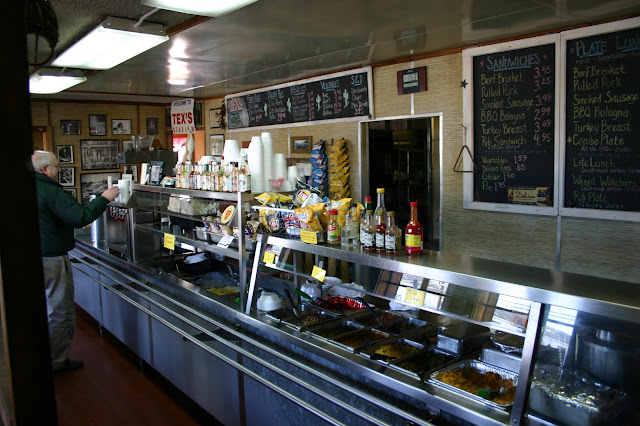 Tex's is also unique in that they offer perhaps the only barbecue buffet in Nashville. It's not a true all-you-can-eat buffet, but rather a "two-pass" buffet, meaning that you can go through the buffet line twice. As stated before, I stuck to the brisket and sausage. 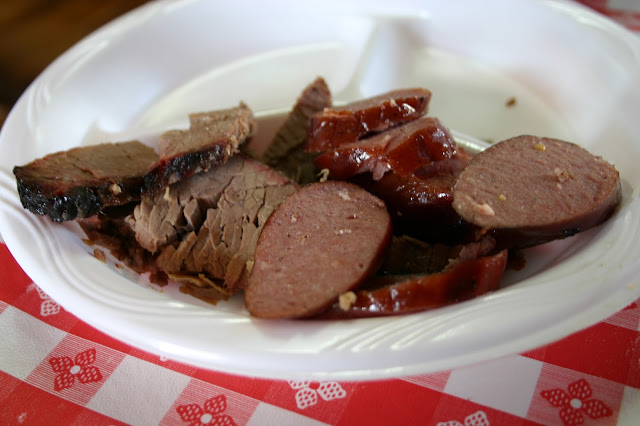 I could tell right from the beginning that the brisket was off the mark. Perhaps it was just not fresh, but this brisket was completely dry, almost to the point of being crumbly. The bark had nice flavor, but the lack of moisture and tenderness in the meat was too much to overcome.

The sausage was not incredible either, but it was better. It was smoothly ground and tender, with a nice mild smoky flavor. 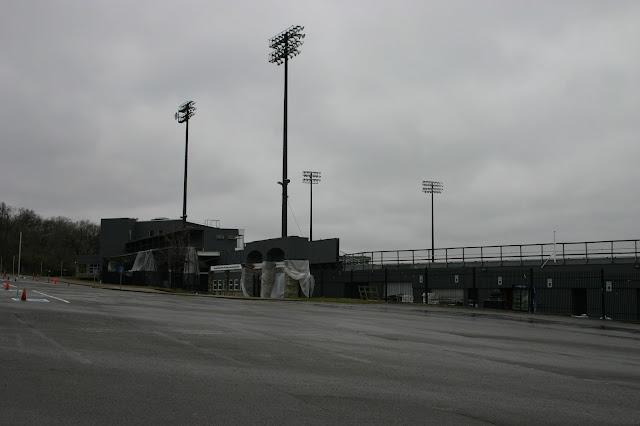 Yep, that's a ballpark. Herschel Greer Stadium, to be exact, which is home to our minor league baseball team, the Nashville Sounds. It is also the latest home to Judge Bean's Bar-B-Que, which really upped the ante for Texas barbecue in this area when it opened in 2002, but has since made a series of puzzling location changes, eventually winding up in the penthouse suite of Greer Stadium, where it was to be open year-round, whether there was a baseball game or not. I had not been to Bean's since they moved to the stadium, so I was eager to check it out. But on the Saturday that I visited, all doors to the stadium were locked, and nobody was home, save for a baseball team practicing in the lower parking lot (!). 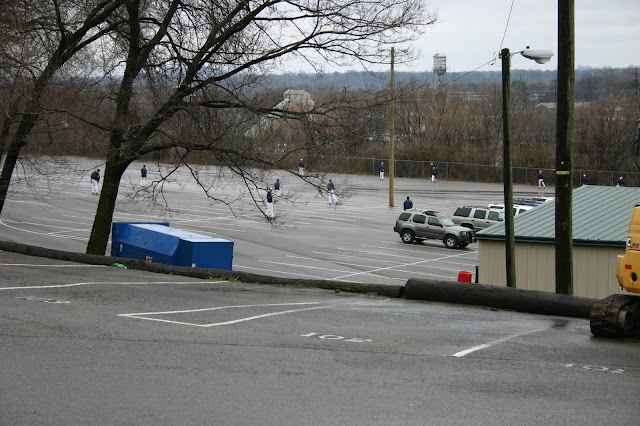 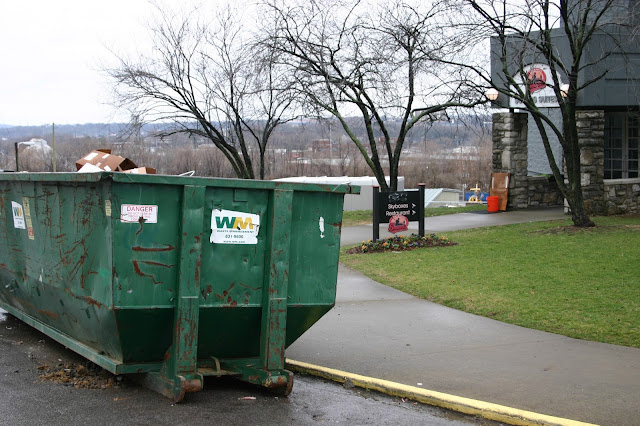 The stadium appeared to be in the midst of a renovation (painting it dark gray???), so maybe that explains why Judge Bean's was not open. But I also heard a rumor that proprietor Aubrey Bean had a heart attack recently, so maybe it was that. If so, get well soon, Judge, because I want Shrimp Diablos while I watch the Sounds this summer. 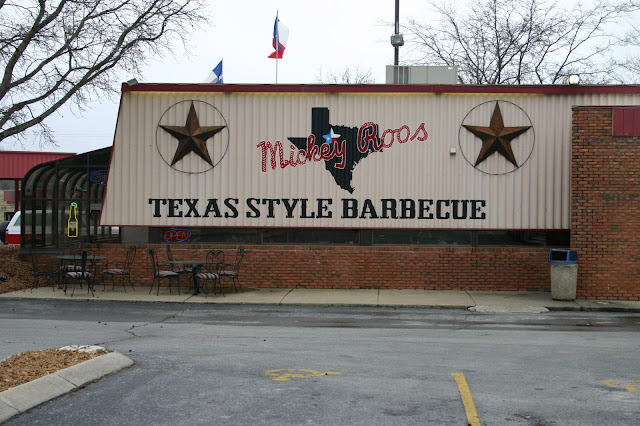 Mickey Roos Barbecue is kind of an offshoot of Judge Bean's. Rooster Beane, one of the co-founders, is Aubrey Bean's brother, and spent time in his restaurant before launching Mickey Roos with Mickey Bodden in an abandoned Mexican restaurant in Franklin (which was once a Rax Roast Beef!). Judge Bean's influence is readily apparent in the menu, which is almost identical. As before, I ordered brisket and sausage. 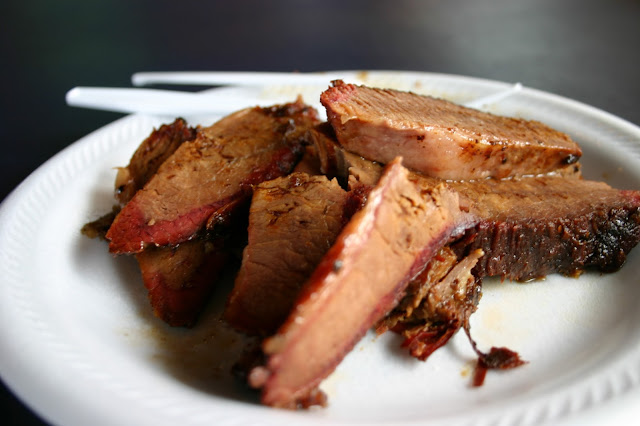 This brisket was quite good. Cooked perfectly, it was tender and juicy as could be, but not falling apart. It had great fresh beefy flavor and a healthy dose of smokiness. The bark was not set quite as well as it could have been, but overall, the brisket was good. I've had worse brisket from Roos, but I don't think I've had better. 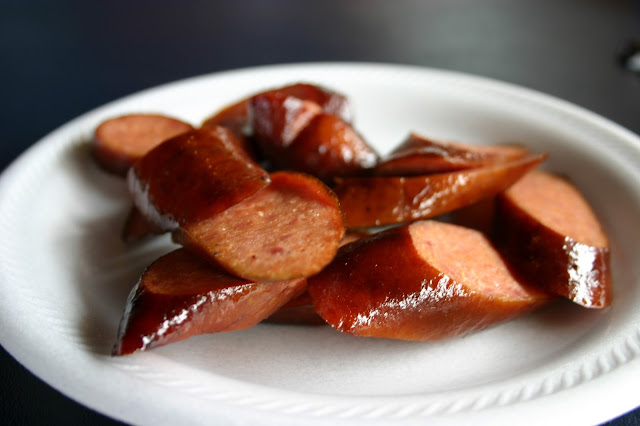 I liked the sausage even better. Like the sausage at Tex's, it was very smoothly ground and tender, but the casing on this sausage had a great snap that yielded a nice variety of texture. This sausage was considerably spicier, too. Great spicy, savory smoky flavor overall.

I just came across your blog and have spent the last hour or so reading every post you have written regarding Nashville BBQ. Keep up the good work. Your reviews are spot on.

Those Mickey Roo photos are incredible - nice job, Ben! I can hardly wait until we cook brisket again.